The primary areas we cover here include:

Believe it or not, your vSphere (like any other piece of software) is missing some features which could make your life easier. It is also good to keep in mind that support for the product is not never-ending. Was a new version released and contains features you’re looking for? Cool, then let's press the Upgrade button right now! Well, maybe hold a sec and take a deep breath. Did we forget about something?

The change management process is typically arranged to fit all the company technologies in general. We can discuss it, we can have disputes about it, we can disagree with it, but in the end we need to follow it. So let's arrange and document everything to have the change approved as soon as possible.

Our vSphere environment is not running on a deserted island. We should make sure that the surrounding components will communicate with it after the upgrade. It is quite simple to track interoperability between different VMware products. VMware Product Interoperability matrices will help us with that.

For the backup, automation, monitoring, and other tools we will need to review the vendor's documentation. Inspecting such a few related services shouldn't take much time. Each device inside our infrastructure has some firmware and driver versions and those should be aligned with the HCL after we finish with the upgrade. Even some virtual machines which were delivered as pre-packed virtual appliances have a list of compatible host versions defined by the vendor. It is handy to document such appliances during their deployment.
‍

We have evaluated complete infrastructure and all the external components are compatible with the new vSphere version, we have the change approved, but did we forget something? Yes, backup! There’s a saying: "snapshot is not a backup". True, but snapshot everything anyway, it is handy to have it. If you have your vCenters in linked mode or deployed with external PSC and you need to go back in time for some reason, don't forget to revert everything to not end up in an inconsistent state. File backup of the vCenter database is a must before the upgrade.

First comes the external PSC, whether we have it and want to keep it. vSphere 6.0 brought Enhanced Linked Mode, which was working only with external PSC. Later, we could choose between embedded and external PSC deployment and vSphere 7.0 doesn't support external PSC anymore. To whichever version you are upgrading, use the planned downtime and converge the PSC, it will make your vSphere management much easier. The CLI tool to converge PSC into the vCenter has existed since vSphere 6.5 and U2 was added to 6.7 as a GUI tool. Just friendly warning, the converge process might not go as smoothly as we would wish. The fact that VMware support has a dedicated team solving problems with the converge process is self-explanatory.

It doesn’t matter much if you are upgrading VCSA to VCSA or migrating from Windows vCenter to VCSA (let's expect that you don't have a super-good reason to stay with the Windows version). In both cases, the installer will deploy fresh VCSA with temporary IP, it will extract data from the old version, import them to the new VCSA and, in the end, it will switch IPs and will make the new appliance productive.

When the vCenter is upgraded and all the connections to the outer world are tested, we may upgrade our ESXi hosts. This can be done using the Update Manager, using ISO file, or using an online repository, simply pick the method you like best. Don’t forget about server firmware.

A new vSphere usually brings a new vSAN disk format. vSAN management guides us through the disk format upgrade. It is also a good idea to update the VMFS format when it is available, and don't forget about the vSphere Distributed switch. A new ESXi means a new virtual hardware version. Cool, but don't upgrade virtual hardware before VMware tools. You may easily provide the VM hardware which is unknown to the OS or at least have features incompatible with the VM drivers.

Did you go through the upgrade process without the need to restore anything, all the VMs are operating normally... backup, automation, and monitoring work and your phone isn’t ringing all day? Congratulations, but don't party too hard. Believe it or not, your new vSphere (as with any other piece of software) will likely have some bugs. vSphere documentation also contains release notes and it’s worth checking them and patching your environment when something ugly has been found and fixed.

About the Author | Martin Rehula

Martin is a VMware Engineer at Runecast. He started his career as a UNIX admin, but when he touched VMware ESX (way back in the v2.5 days) for the first time, he decided to stay in the virtualization realm. He has been an admin in VMware and Citrix based virtual environments with a focus on centralized management and automation at Tieto and Hella. You might meet him roaming a city, forest, or mountains – hunting the decisive moment and point to be captured by his camera. Find him on Twitter as @virt4all.

1
Getting Started with Security Standards Compliance 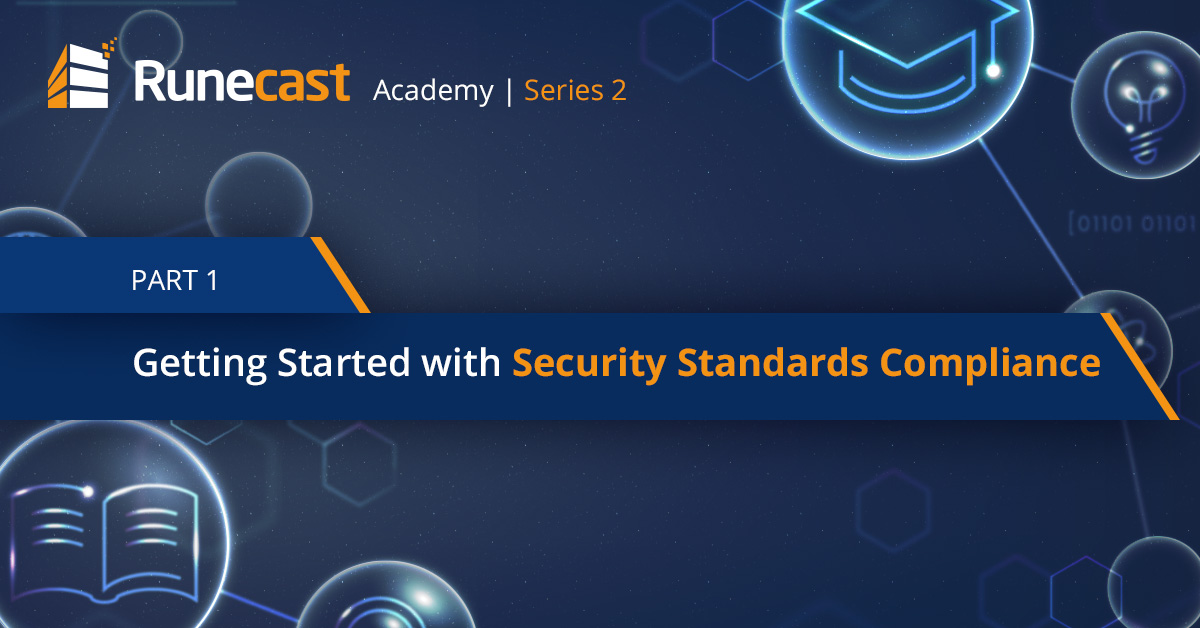 Welcome to Runecast Academy 2! These series enable you to understand what security standards are and learn how easy it is to be compliant. 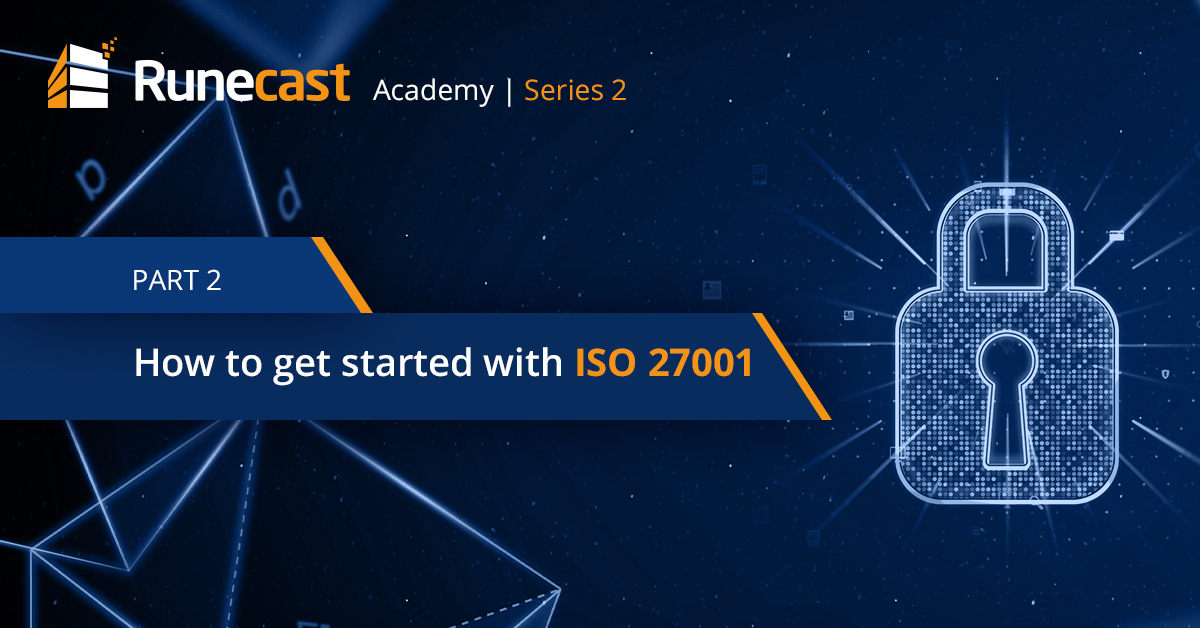 Runecast provides a space for all those who want to learn something about ISO 270001, or just want to know how it applies to their environment.

3
How to get started with Essential 8 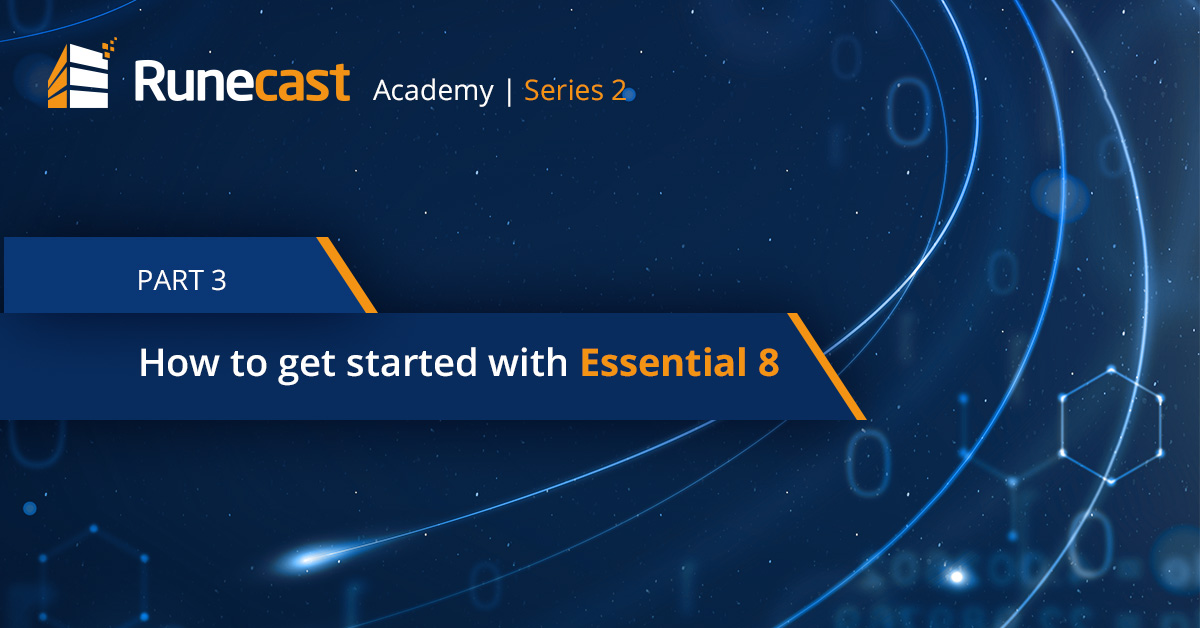 Runecast enables you to learn more on Essential 8 Compliance and how it affects your organization.

4
How to get started with CIS Benchmark 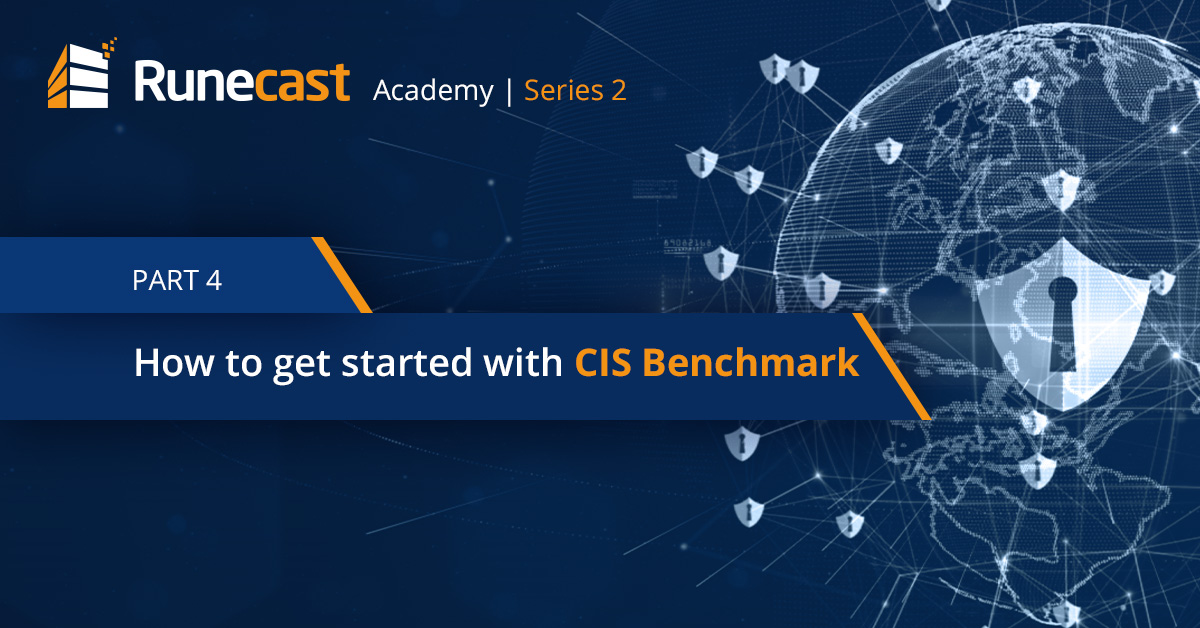 Runecast now provides an academic space to share with you our knowledge and experience regarding CIS Benchmark!

5
How to get started with NIST 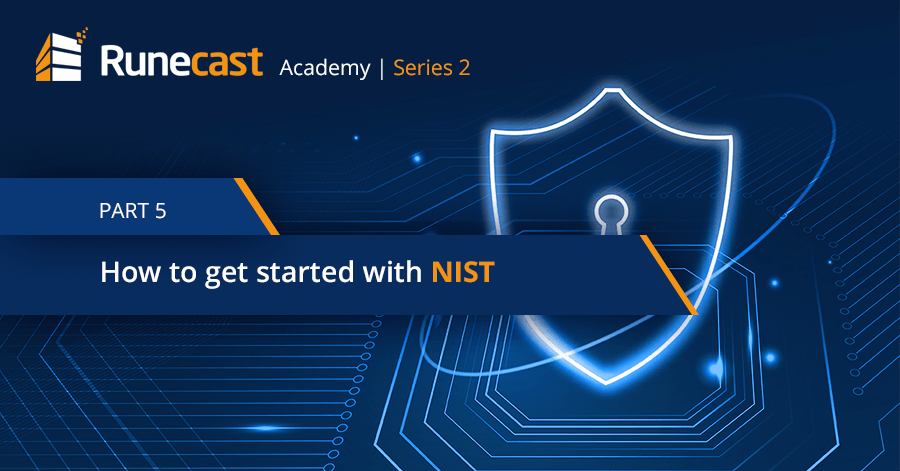 Runecast offers an academic space to share with you our knowledge about NIST compliance in case you are interested to learn more.

6
How to get started with DISA STIG 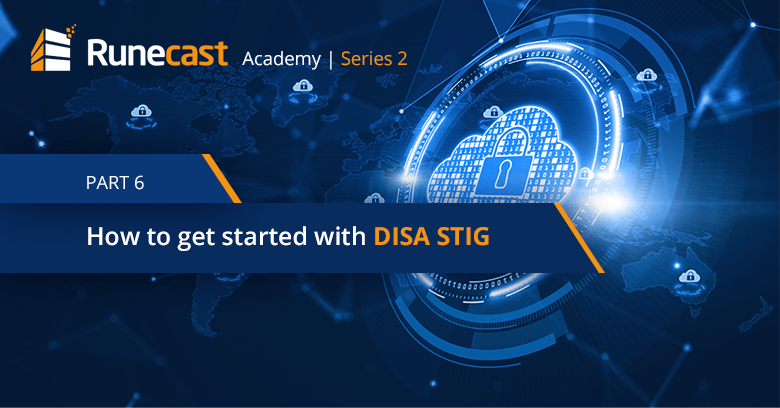 7
How to get started with HIPAA 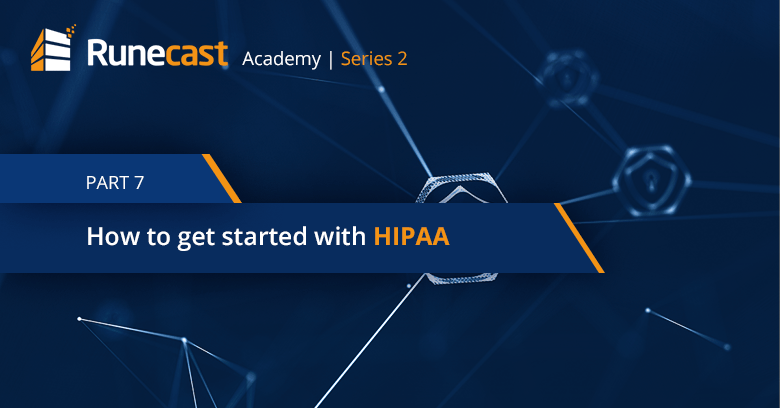 Runecast enables you to learn more about the standard that protects their personal health information, and HIPAA compliance for all those interested.

8
How to get started with PCI DSS 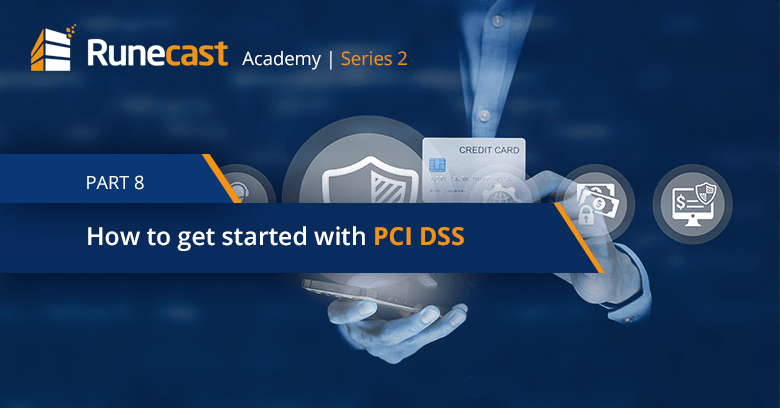 Runecast offers a space for all those who want to learn more about PCI DSS and the major challenges to reaching compliance in Runecast Academy.

9
How to get started with Cyber Essentials 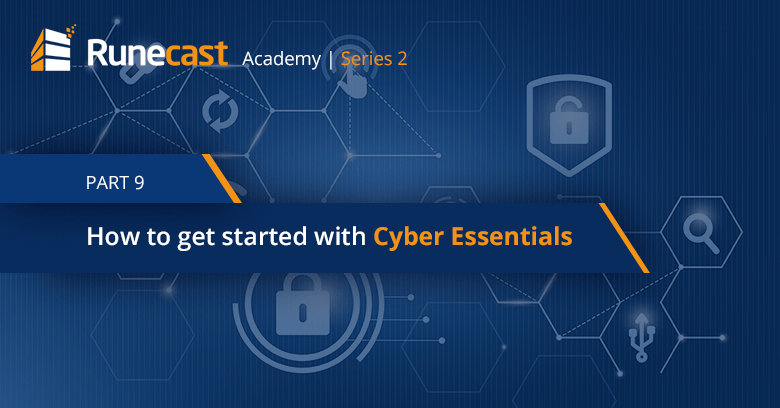 Runecast invites you to learn more about Cyber Essentials and how it affects you or your organization in Runecast Academy.

10
How to get started with BSI IT Grundschutz 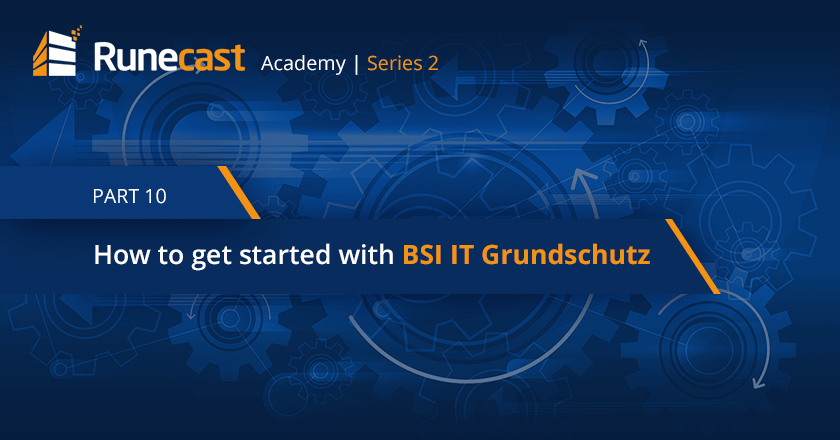 Runecast offers a space for all those who want to learn about BSI IT Grundschutz and its implications in their organizations.

11
How to get started with GDPR 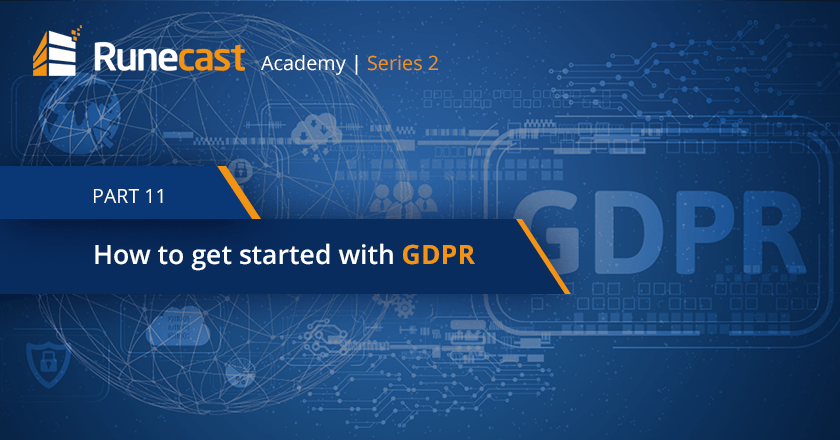 Take a deeper look and learn more about GDPR and its compliance requirements at our Runecast Academy Space.

12
How to get started with VMware Guidelines 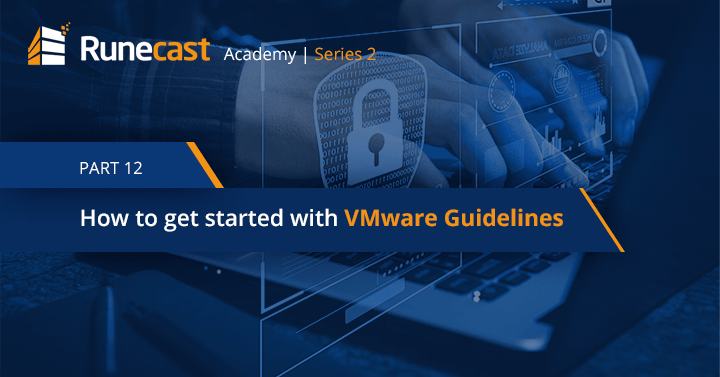