Patrick Carroll maybe should have been a radio announcer. His smooth, deep voice would be amply suited for educating the world about intriguing band trivia between songs, especially some great factoids between old Motown hits from his native state of Michigan.

But fortunately for the Runecast community, Patrick has instead been an essential part of our Sales team, since a time when the whole company numbered fewer than 20 people. During the last few years, he has helped Customers and Partners with their IT challenges in various territories, including North America and EMEA.

Based in Prague, Patrick is not a typical expat (outside his home country only short term for cheap thrills and planning someday to return), he is rather an immigrant – one whose Midwestern (Great Lakes Region) no-nonsense approach assimilates well with the direct and practical Czech culture that he now calls ‘home’.

Introduce yourself a bit.. We know you're based in Czech Republic, but your name doesn't look like a typical czech name. Where are you from, and what led you to living and working in Czech Republic?

This is one of the most dreaded questions for any Expat. I literally jumped on a plane to Prague with no real plan, but wherever you are people always want to know why you are not where you started from and I find that very hard to answer. If I truly wanted to be where I came from I never would have left. While I know that it is not necessarily the point of the question, for me Prague was a potential starting point for a new life of which I had no clue what it might include. It ended up giving me a wife, a son and a daughter and I am forever grateful.

Our company is quite diverse and situated all around the world. What do you see as the biggest differences between the Czech and American character?

It is not so much the Czech vs American character, though there are some, as Czechs under Hapsburg then Nazi then Communist rule can be masters in passive-aggressive behavior, while Americans who have always been under the delusion of their own Manifest Destiny are much more prone to open confrontation. But if I were to compare why I feel more comfortable in Europe rather than in the States, it is because Europeans work to live while Americans are trained to live to work.

Let's dig a little deeper into your connections with Runecast. What is your position in the company?

I am, to put a not-too-fine point on it, a commercial guy (Account Exec). My role is to engage with the world as it were and identify who might benefit from knowing us better. That is the nuts and bolts of it. I have had several different titles but my main role is to engage with the community, understand their needs and wants, and bring that back home to the Runecast family to digest.

What do you love the most about your work?

I love first and foremost to learn, I love to hear stories, tell stories and share stories.  Interacting with people, engaging with their struggles and finding solutions is what gets me up in the morning. Understanding our Partners’ needs and working with our Product team to find an answer is quite fulfilling.

What are your other passions?

Drinking beer, walking my dog and spending as much time outdoors as possible, working from a home office (especially over the last 18 months) has taught me to appreciate being out in the world, even if in a guarded way and enjoying what nature has to offer.

If there could be only one thing on your bucket list, what would it be?

I don’t have a bucket list, that’s a daily to do list that needs addressing every week. I don’t believe in regrets or what-could-have-beens, I am in the now and stand by my life decisions.

And the dreaded question… Where do you see yourself in five years? 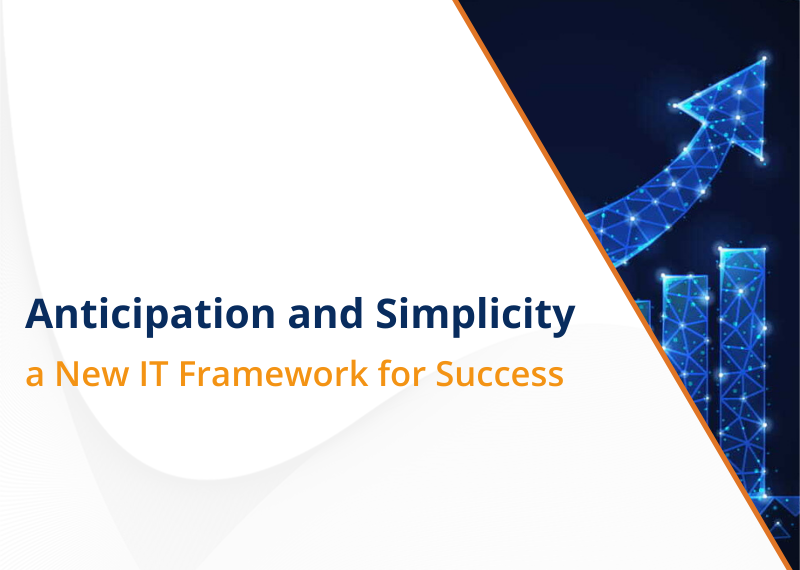 Anticipation and Simplicity – a New IT Framework for Success

At Runecast we are inspired to better ourselves and to better our product. There is no such thing as treading water, whether we’re talking about technology in general, or security and operations in particular. There’s only progression or regression.